Home / The darling of the volunteers

The darling of the volunteers 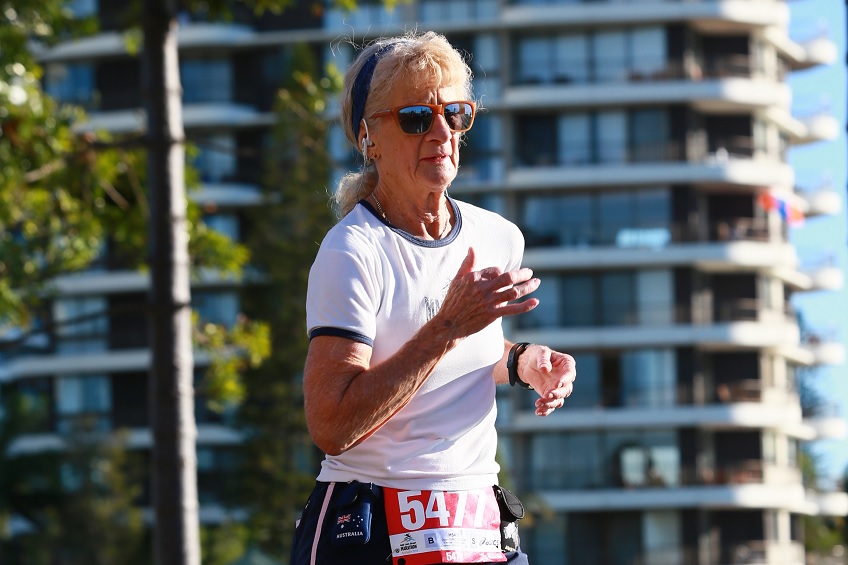 Joan Darlington, 70, has been running and volunteering at the Gold Coast Airport Marathon since 1986.

She has completed 24 Gold Coast Airport Marathons, eight ASICS Half Marathons and has volunteered numerous times compiling an impressive event resumé over this time.

Joan will once again stand beside more than 1,200 other volunteers in providing valued assistance as part of the Suncorp Bank Volunteer Program.

“I love giving back to something that I have enjoyed so much over the years,” Joan said.

“Being a runner and a volunteer is an incredibly rewarding experience and something I would recommend to everyone.

“I mainly help with registrations, kit packing and assisting people who run the marathon. Being a runner, I know exactly how they feel when they come for some water at the end of the race.”

Her years of involvement in the event are representative of her persistence, organisation and determination.

One of Joan’s fondest memories is when she was proposed to by a parched and exhausted marathon runner who, after Joan helped remove his timing chip, asked “Gee, I love you! Will you marry me?”

Alas, Joan declined and they never saw each other again. But Joan said it is the sense of community that keeps her coming back.

“Volunteering doesn’t just help others, it gives you that inner sense of accomplishment as well. I have never felt a stronger sense of community with such wonderful people.”

Joan is now a member of the 20 Year Marathon Club from running and is very proud of her accomplishment.

Reminiscing on past events, Joan identified the year she ran her 20th marathon as one of her greatest memories.

“That was the year I achieved my personal best of 3 hours 12 minutes. It was thrilling!” she said.

“I recommend becoming involved, whether you’re running or volunteering or both, like me!”

“I have met many wonderful volunteers who I have worked alongside. Everyone is always incredibly friendly and volunteering is something I will continue long past my running days.”