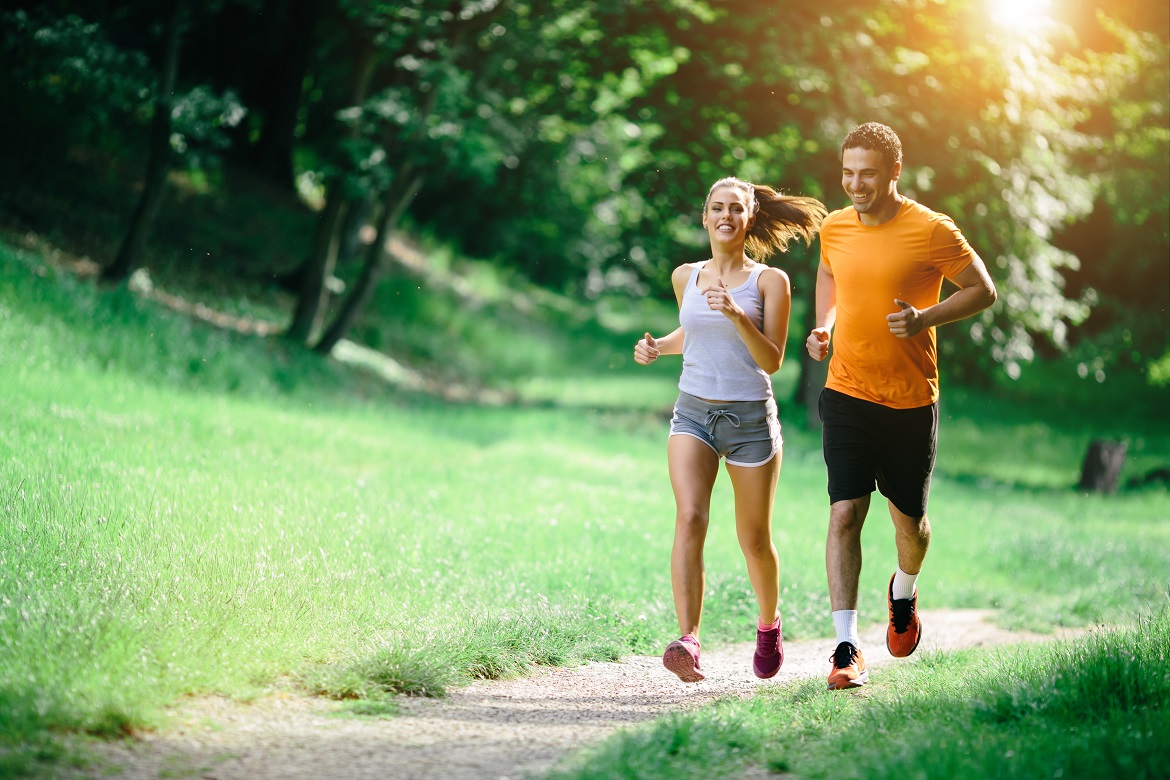 Two of the most important variables in training are volume (distance) and intensity (hard or fast). These variables have been combined in training programs for years in the following ways:

The high volume/low intensity combination helps runners perform to their potential. The difference between runners who reach their potential and those who don’t is the amount of slow running. It’s difficult for many runners to make peace with the concept that if they want to run faster they need to slow down in some of their sessions. Wanting to run faster, yet needing to slow down seems contradictory.

In ’80/20 Running: Run Stronger and Race Faster by Training Slower’, author Matt Fitzgerald outlines recent studies reveal the world’s leading runners’ average 80% of their total training below the ventilatory threshold. The ventilatory threshold pace is slow enough to hold a conversation. For well trained runners, the ventilatory threshold falls between 77 and 79 percent of their maximum heart rate. In other words, for every hard run, elites will run four easy runs. The other 20% of an elite’s training is spent at high intensity above the respiratory compensation threshold and is the point where hyperventilation or rapid and deep breathing occurs. By contrast, the recreational runner tends to run one easy run for every hard run.

Fitzgerald cites new research suggesting recreational runners improve rapidly when they run slowly. The good news is that, unless you are an elite runner, it is almost certain you are doing less than 80 percent of your training at low intensity and you can improve simply by slowing down. 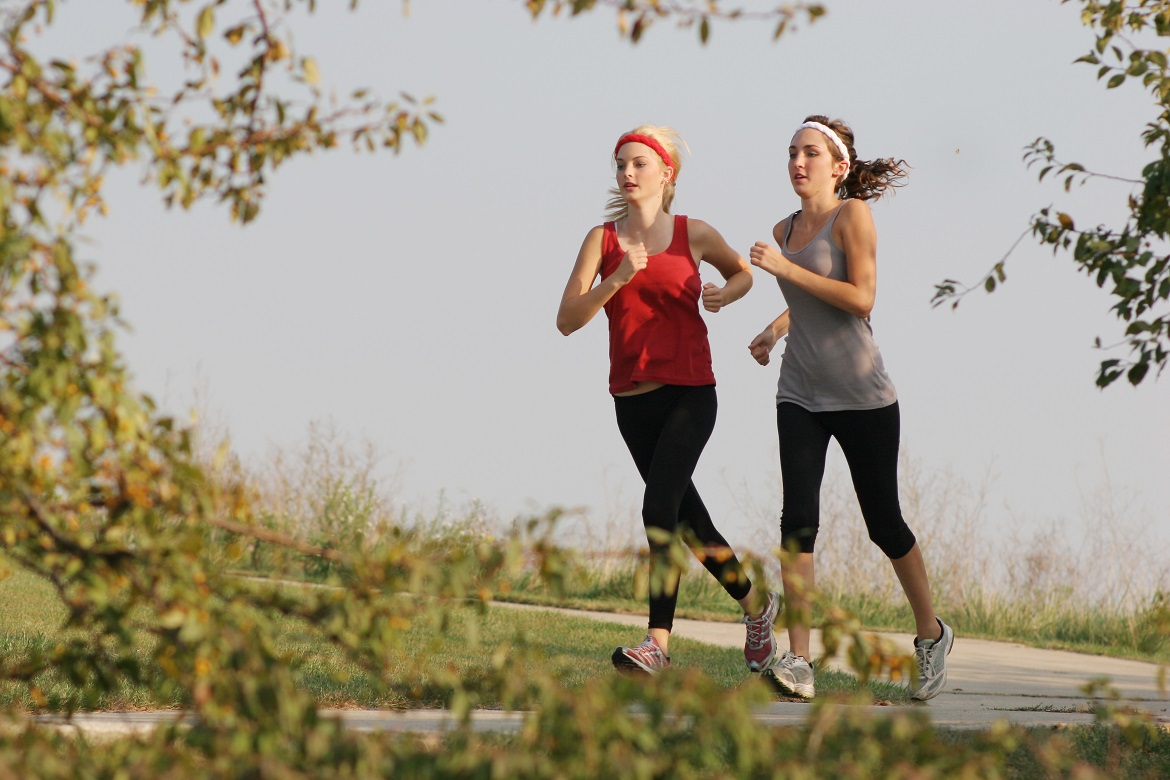 Most recreational runners acknowledge they tend to run their recovery runs faster than intended. A 50/50 approach, 50% performed at moderate intensity (10% of this may be performed at high intensity) and 50% at low intensity, is typical.

I’m guilty of this. For years I have knowingly sped up during runs intended to be slow. On occasions, my increase in speed was the result of running with friends or a group where the pace often builds as egos and competitive streaks take over. I’ve also been running solo with the desire to get the job done and finish as soon as possible. On those runs my mind is focused on getting home, ticking the training box, logging the kilometres and getting on with other tasks I have for the day.

Like many runners, I believed if I ran between four and seven times per week than I must run at least half of them at high intensity if I wanted to improve. Another popular belief is if you are completing quality sessions at high intensity than there is no need to log plenty of slower ‘junk kilometres’. Science shows it is not the slow kilometres that are junk, but rather the kilometres run at moderate pace at neither low or high intensity. 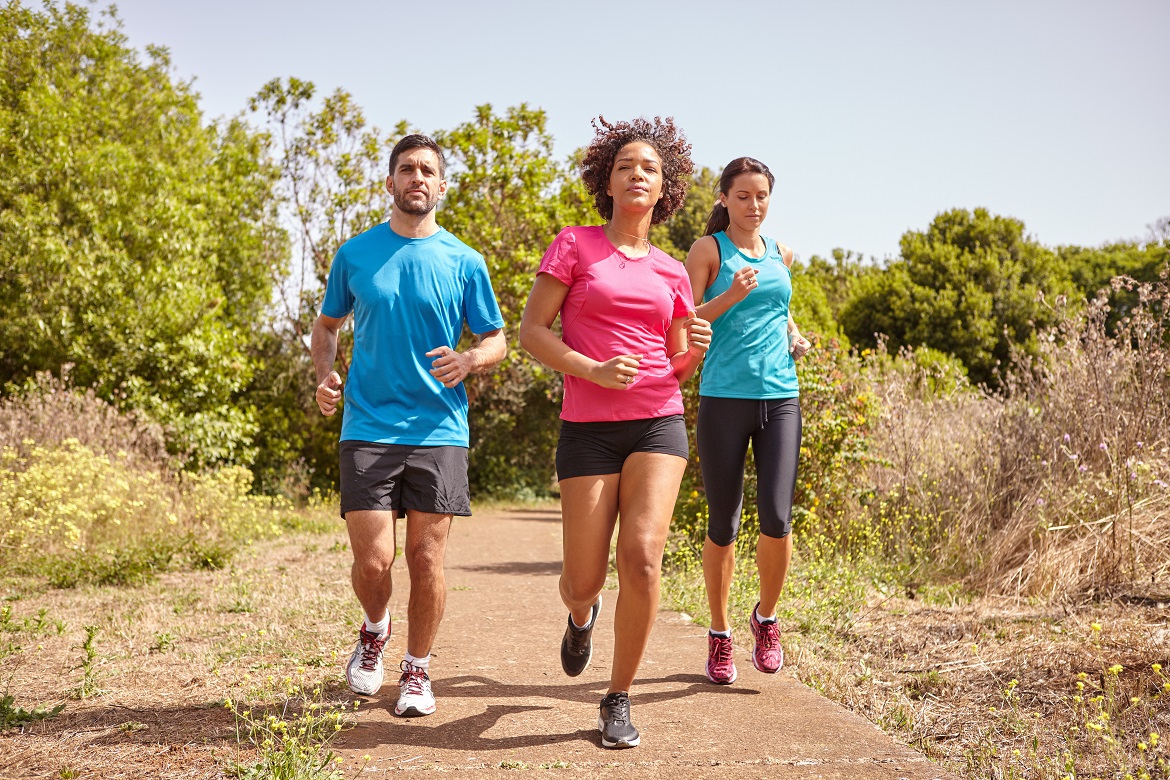 It is not the slow kilometres that are junk, but rather the kilometres run at moderate pace, neither being low or high intensity

Aside from the potential reduction in running performance and the hindering of my progress by running 50% of my runs at high intensity, the other problem with a 50/50 approach is there is no immediate penalty to the greater than 20% of high intensity training completed. By running my slower runs at a faster pace, this intensity shift does not specifically ‘harm’ me at the time of the training session. While the run may contribute over time to the onset of an injury, there is no immediate negative consequence of the slow run being completed at moderate or fast intensity.

“The tendency to run at moderate pace instead of an easy pace is most likely hindering a runner’s progress. The problem is, running slowly doesn’t come naturally to many runners.”

Over time the faster pace running becomes habitual. For most runners, this habitual pace is above an easy pace, but below their race pace. With time, a recreational runner’s habitual pace tends to be of moderate intensity. However, in order to fulfill running potential, research validates the habitual pace needs to be slower with four-fifths of training volume being at sub-ventilatory threshold levels of intensity.

Fitzgerald asserts running too hard too often is the single greatest mistake. The tendency to run at moderate pace instead of an easy pace is most likely hindering a runner’s progress. The problem is, running slowly doesn’t come naturally to many runners.

Reflecting on my two decades of running, the training habits of my physiotherapy patients and the observations of friends and colleagues, few runners today recognise the benefits of slow running and tailoring their training to an 80/20 slow running/fast running mix.

Interestingly, the success of slow running is evident in the historical annals of international competition since New Zealand coach Arthur Lydiard revolutionised the world running scene with his ‘mostly slow’ coaching method in the 1960s. 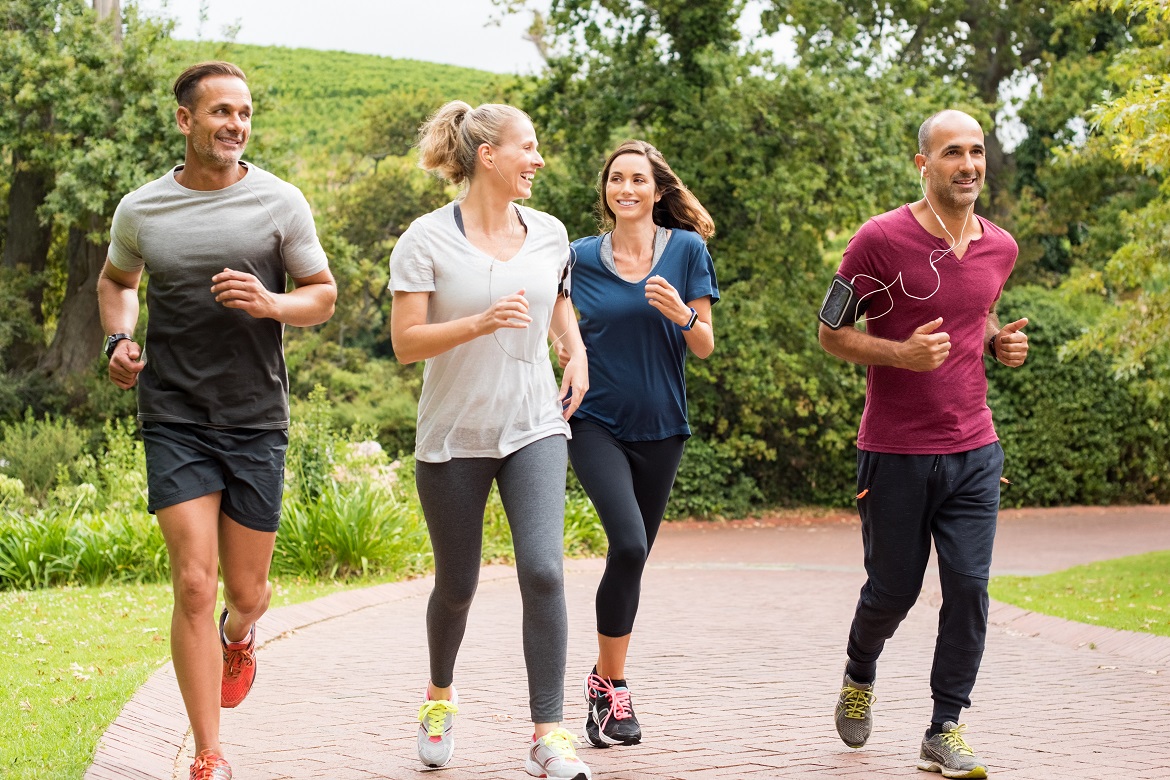 In 1945, Lydiard revealed the key to maximum fitness was lots of slow running. He believed endurance was the true limitation in running and training programs should emphasise endurance building. Lydiard’s mantra was the ‘secret to running faster was to run further’. Through trial and error, Lydiard found speed work helped when it was ‘sprinkled lightly’ on top of a large foundation of slow running. Hence, Lydiard invented the 80/20 training approach.

Following the success of Lydiard’s athletes at the 1960 Olympic Games in Rome, his low-intensity, high volume approach spread globally. In the modern era, all distance world records have been set by athletes trained with an 80/20 approach including the current domination of East Africans. 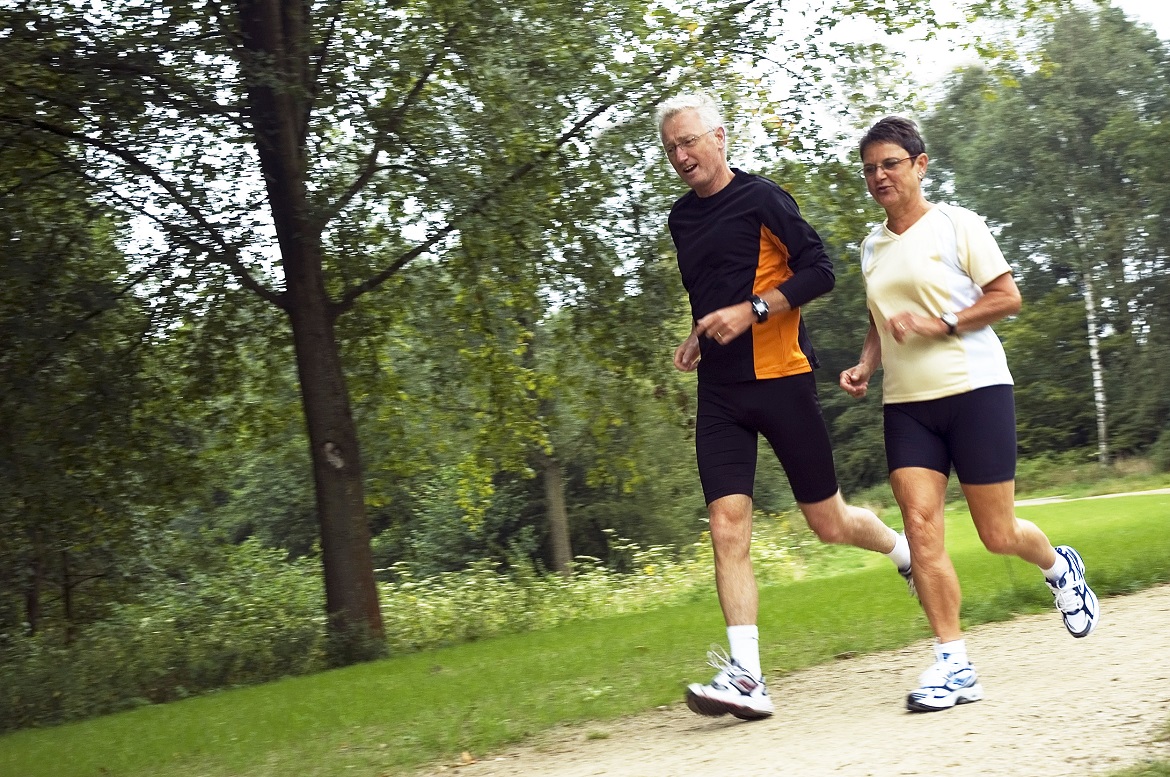 Why your habitual pace tends to be at moderate pace

Why would a runner naturally choose to habitually run faster than what is required? Fitzgerald cites it is likely due to the task oriented nature of runners. When a runner has a ‘job to do’ they wish to get it done. Most runners think in terms of covering a distance instead of running for ‘x’ minutes and therefore believe the fastest way to achieve a distance based task (e.g. a 5km run) is to run it fast.

Fitzgerald claims while runners have an inclination to ‘get it done’ they also have an aversion to suffering. What ends up occurring is the runner compromises between the desire to finish quickly by running at high intensity and their desire not to suffer excessively. Therefore the run ends up being done at moderate intensity and their habitual pace becomes ingrained. It becomes familiar through repetition and is difficult to change.

“When a runner has a ‘job to do’ they wish to get it done. Most runners think in terms of covering a distance instead of running for ‘x’ minutes and therefore believe the fastest way to achieve a distance based task is to run it fast.”

Running at moderate intensity too often does not result in immediate consequences. It doesn’t cause a runner to go immediately backwards in their performance. Rather, Fitzgerald cites it reduces a runner’s rate of improvement with performance stalling. As a result, most runners are unaware their easy runs are now moderate intensity and the mistake is limiting their potential.

Fitzgerald likens this intensity blindness to chronic sleep deprivation. If an optimal amount sleep was eight hours per evening and you slept for six, you may function okay during a day. However, when you sleep for the optimal hours per evening, you can appreciate how much better you feel and function.

Runners need to experience low intensity slow running before appreciating how their previous moderate intensity running was limiting their performance. 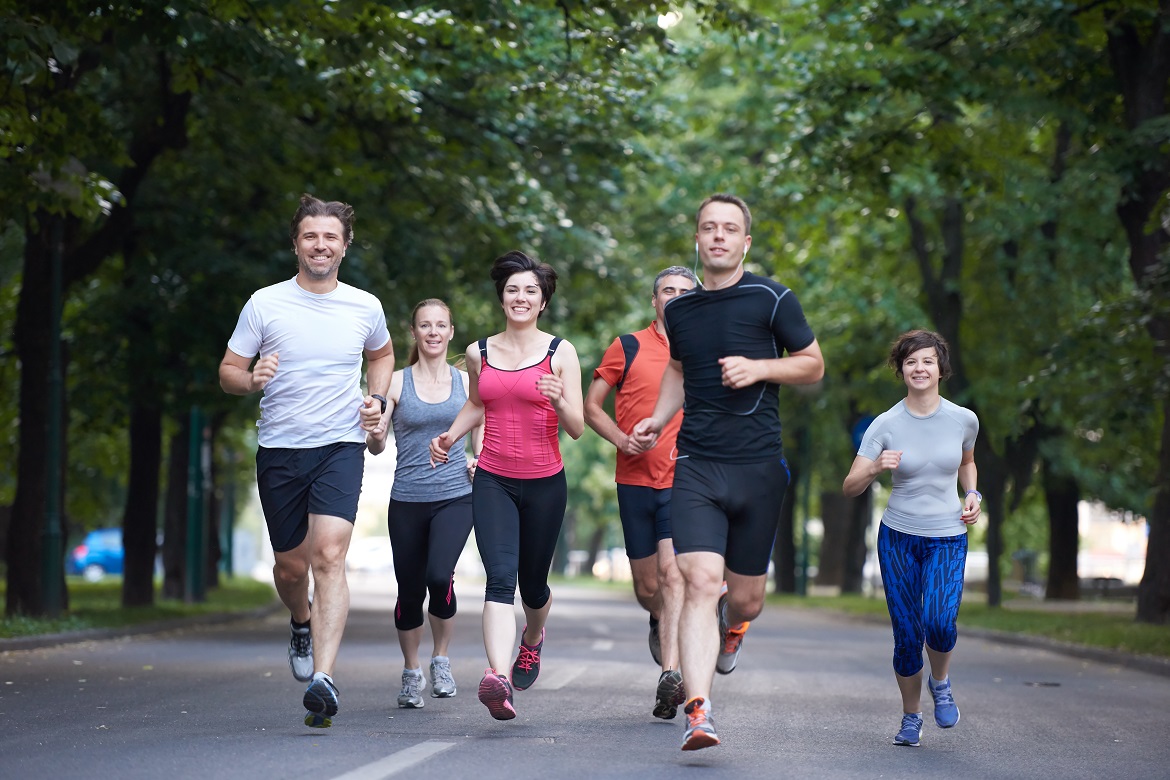 The role of high volume training in 80/20 running

One benefit of spending more time at low intensity rather than a 50/50 is a runner can log more volume reflecting Lydiard’s philosophy that if you want to run faster than you must run further.

Because so much training occurs at low intensity with an 80/20 running approach, runners log higher mileage while producing gains and reducing the likelihood of injury.

Increasing volume is associated with the improvement of aerobic capacity resulting in speed sustainability gains (maintaining the same speed for longer distances) and better running economy.

If you think the 80/20 approach is a fad consider Fitzgerald’s statement comparing the training habits of Olympic champion Sir Mo Farah and former US marathon record holder Bill Rodgers:

“Training methods continue to evolve in the sport of running, but today’s innovators are working at the margins, tinkering with different methods of incorporating cross-training, altitude training, and other such practices into their regimens. Mo Farah‘s training in the second decade of the twenty-first century is not much different from Bill Rodgers’ training in the 1970s. Rodgers ran upward of 120 miles per week, and Farah runs up to that amount. Rodgers did about 80 percent of his running at low intensity, and Farah does the same.”

Brad is the founder of Gold Coast based physiotherapy group POGO Physio, author of Amazon.com best selling book ‘You CAN Run Pain Free! A Physio’s 5 Steps to Enjoying Injury Free and Faster Running’ and is a regular participant at the Gold Coast Marathon.