Lena’s story – a marathon journey to make her marathon debut. 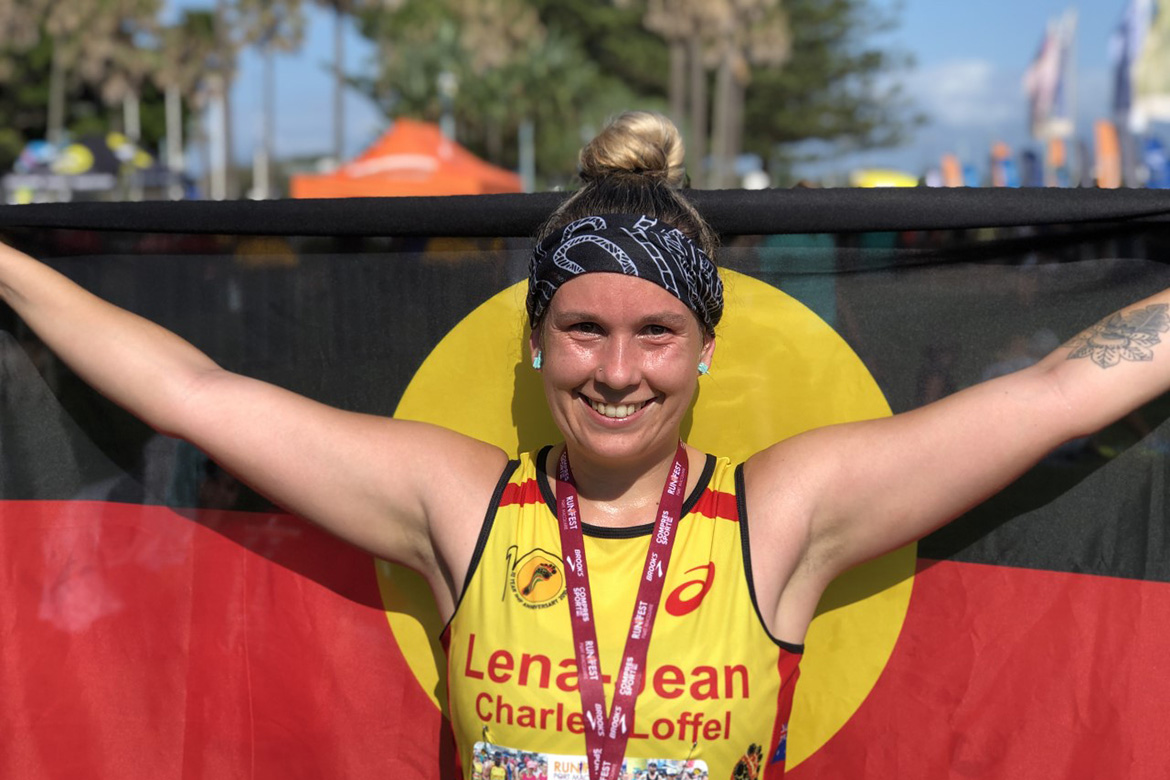 The seed to run a marathon was planted on the sidelines of the New York Marathon when Lena-Jean Charles–Loffel watched her best friend’s sister cross the finishing line of the world-famous event in 2016.

A Yorta Yorta and Gunai Kurnai woman, Lena started her own running journey on return from the Big Apple and trained for a half marathon first with her sights set on a marathon and joining Rob de Castella’s Indigenous Marathon Project (IMP).

Making the Indigenous Marathon squad in 2020 a focussed Lena set about a six-month pre training plan for her debut 42.195km event. The squad generally travelled overseas to tackle one of the world’s great marathon events. And then COVID-19 struck ……

With uncertainty around travel and where the squad would complete their marathon Lena continued training and persevered through Melbourne’s extended lockdown. The IMP had made the decision to stay in Australia and run their marathon for 2020 on Arrernte country in Alice Springs and a determined Lena was going to be there.

With a planned 30km event to complete before their marathon debut most of the squad got to run together but Lena, beholden to Victorian and interstate border restrictions was forced to pound the  streets of Melbourne on her own.

At one stage we only had an hour a day to train outdoors which meant I didn’t get the training in I’d wanted, Lena said.

“But – I had to do what I had to do to get to the start line…it was really important to me to do a marathon.”

With quarantine mandatory for people travelling from Melbourne Lena made the tough decision to travel to Howard Springs in Darwin over quarantine in a hotel in Alice Springs because she could at least go outside in the Darwin facility.

Lena made friends with her quarantine neighbours who found out she was training for a marathon and motivated her and kept her accountable to her training.  Fourteen days of quarantine, early morning training starts to beat the sun and approximately 141 laps run around an 800m running track… and she’d made it.

“The heat and 800m loops were a whole new ball game. Both mentally and physically. But I did it. I made it work. Never ever would I have envisioned my IMP journey to look quite like this,” she wrote at the time. 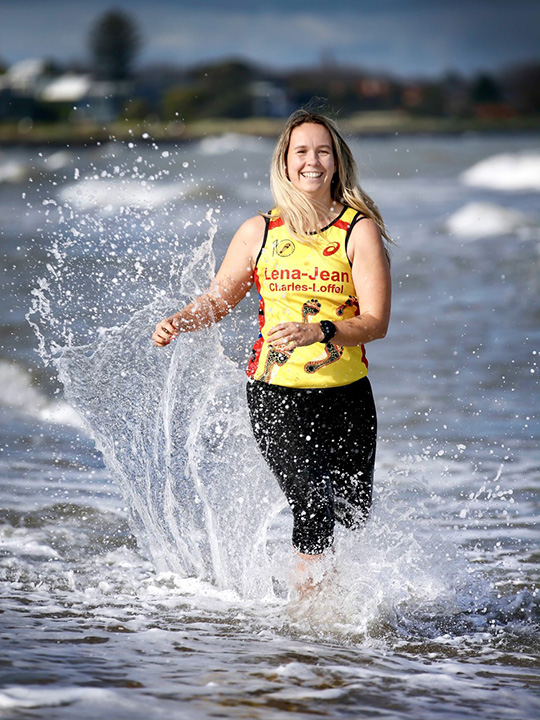 And so, with quarantine complete Lena found herself Alice Springs bound to meet her IMP “brothers and sisters” and to complete her first ever marathon. The IMP squad ran their marathon at midnight and through the pre-dawn hours of the evening in what many referred to as a very spiritual place.

“Running at midnight by a full moon in Alice Springs was something else and truly special,” Lena said.

She conceded the race was brutal and she hit a wall at the 34km mark and proceeded as a ‘zombie’ in survival mode.

“But reflecting on everything this year made me keep one foot in front of the other – and I was happy to know I didn’t have to run in 800m loops.”

“I ran with my head not my legs”, Lena said and of course made it to the finish line to be greeted by excited IMP team mates, friends and of course IMP founder, Rob de Castella.

Since Alice Springs and her first marathon Lena has run a number of events but her next marathon experience will be on the Gold Coast this year.  Her goal … “to feel more energised through the race and finish a little stronger.”

Lena will celebrate her 30th birthday on Friday 2 July making the Village Roadshow Theme Parks Gold Coast Marathon experience a very special weekend and worthy of celebration… after the 42.195 km journey is complete.