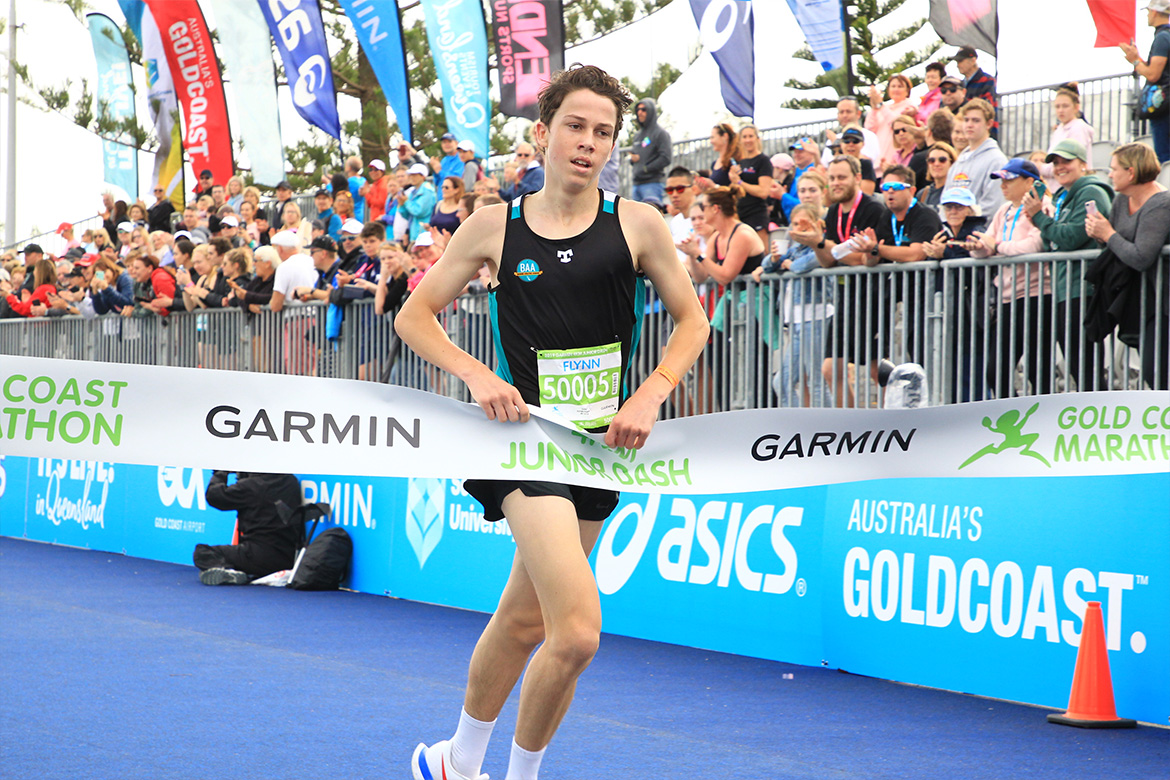 The Brisbane Boys College student sent a buzz through the enthusiastic finish-line crowd when he turned into the finish line chute with the clock still well short of the 12:29 record, set by Riley Cocks in 2010.

However the battle with the elements took its toll over the last 100m with Flynn crossing the line in 12:35.

The win was Flynn’s second in the event, taking the honours last year in 12:54, making him only the second male runner to have recorded multiple wins in the Garmin 4km Junior Dash. Jaxon Paterson-Wright won the event in 2016-17.

Gold Coaster Sayla Donnelley (AUS/QLD) was the first female home in the 2019 Garmin 4km Junior Dash, recording a time of 14:07.

There were 638 entries in the Garmin 4km Junior Dash.

“The last 2km were tough from the wind but the first 2km were easy and quite cruisy to begin with.”

On other race targets this year:

On his performance today:

“It was pretty tough today. The wind on the way back was really bad but, no excuses. Next time I promise I’ll be better.”

“Flynn had me in the end. He trains hard and he deserves it.”

On whether he will return next year:

“Definitely. Maybe the 10km race next year. I definitely want to get into the longer stuff.”

“I was pretty happy with my performance. I love running and the freedom it gives me. It was a tough race and I faced new challenges. I wasn’t expecting to win but I knew it was possible.”

“It was windy on the way back so I tucked behind the boys but they ended up tucking behind me. I was their wind shield.”