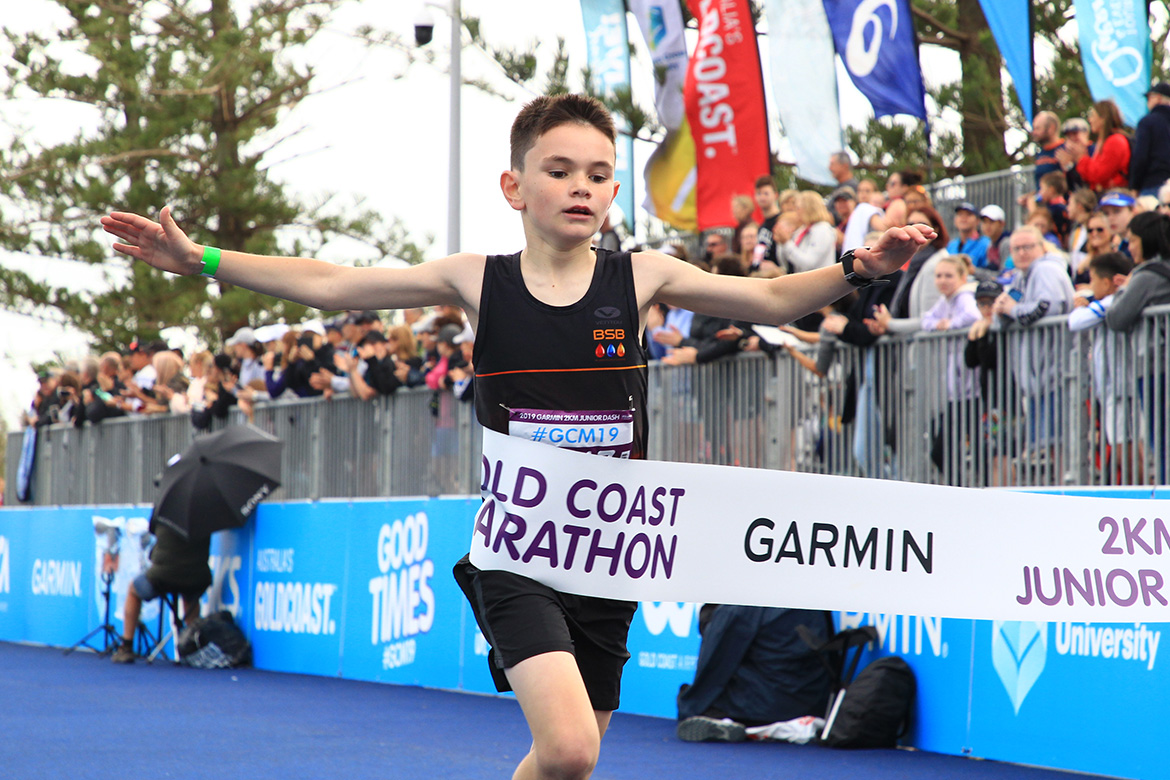 The windy conditions meant the race record (6:33) was too tough a task on the day.

Aden caught the attention of the running world when he recorded a time of 38:57, to smash the previous 10,000m record for his age group by 91 seconds. The youngster only took up running about 17 months ago. 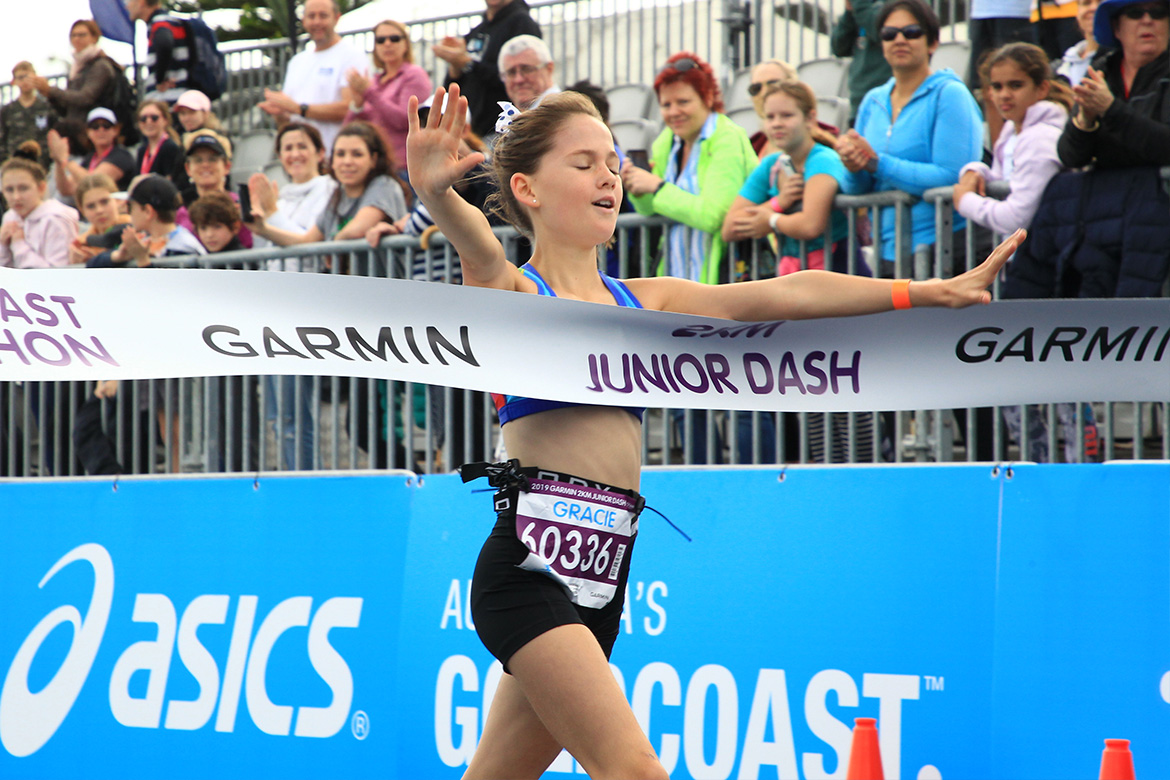 First female home in the Garmin 2km Junior Dash was Grace Campbell (AUS/QLD) in 7:34, with Isabelle Mortensen (AUS/QLD) second in 7:50 and Distenee Pickvance-Yee (AUS/QLD) third in 7:53.

On his performance today:

“I was really excited for today. I even broke my personal best.”

On her next race goal:

“I’ll be going to states (state championships). I’m really excited for that.”

“It was a bit windy. When I was coming back there was headwind so that was difficult.”