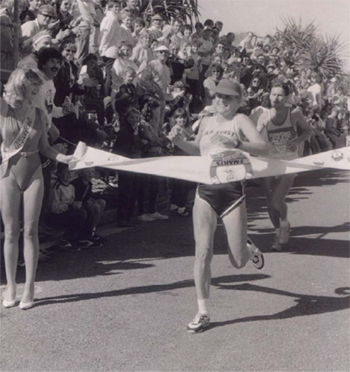 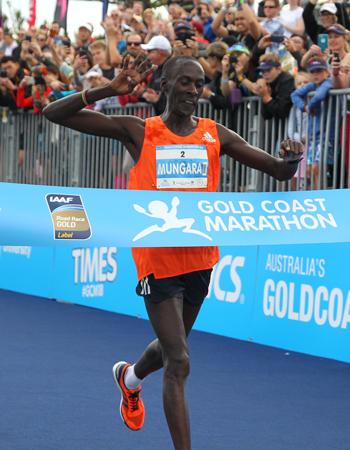 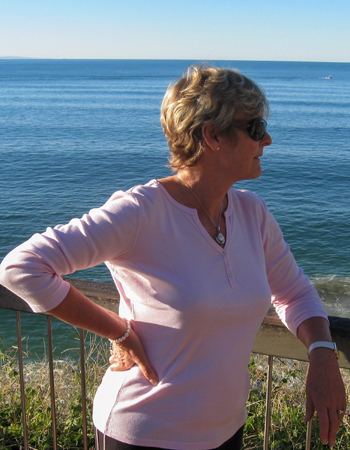 WHEN Kenyan maestro Kenneth Mungara’s svelte frame slices through the crisp Gold Coast morning air, possibly en route to an amazing fourth marathon win here, quietly looking on will be someone who has already climbed that Everest.

Sixty-six-year-old Benowa grandmother Margaret Reddan is keen to be roadside, somewhere along the 42.195km course, soaking in the 2019 atmosphere and reflecting on some golden memories.

If he can achieve a fourth win this year he will join a unique club. Only Reddan and Australian marathon legend Pat Carroll have won this event on four occasions.

Reddan is proud yet understated about her achievements.

“The standard of female marathoners then was nowhere near what it is now,” she said.

“And looking back, my times were not particularly fast. I did what I had to do to win.”

Not only does Reddan’s accomplishments at the Gold Coast Marathon grade her as one of the true elite within the sport of marathon running in Australia, they also position her as a real pioneer of endurance athletics.

When Reddan won her first Women’s Gold Coast Marathon in 1981, that event had not yet been included in the Olympics Games. Its debut was in Los Angeles in 1984.

“My husband Greg was my coach and advisor and I had done lots of cross-country and road races up until then and just decided to give the marathon a go,” she said.

“He suggested I target a sub-three hours run. It was not until I was actually running in the race and talking to some of the other male runners that they sort of suggested that time was a bit optimistic on debut.

“However I kept going at that pace. A few of the runners around me started to drop off and I ran the final few kilometres with Brisbane runner Ernie Smith. I told Ernie how painful I was feeling and he encouraged me to keep going.”

Reddan crossed the tape in 2:58:33 – winning the women’s race and setting a PB under three hours.

From there the marathon bug had bitten and her running career blossomed. By the time she had retired, after the London Marathon in 1989, Reddan had completed 22 marathons across the globe.

Her biggest success and her favourite course was on the Gold Coast.

“That first marathon was special because I broke the three hours and only later realised just how few Australians had done that at that stage,” Reddan said.

“The three in a row was also special because there was a fair bit of publicity around that. Both Pat Carroll and I were trying to get the three in the same year. However, he came across a very fast Melbourne runner Peter Mitchell, who won the race in that year.

“I guess the key thing for me about the four wins, was that I felt it was important for me to keep competing in the Gold Coast Marathon. It really is a great race. The home crowd knew me. I had lots of support and of course I knew the course very well.”

Her husband Greg is also a well-known Gold Coast sporting identity. He was a successful surf lifesaving competitor for the Freshwater (Sydney) and Southport clubs before transitioning to triathlon, becoming the first Australian to complete the Hawaiian Ironman, placing seventh in 1982.

He has been a lecturer in sports science at Griffith University since 2001.

Margaret Reddan said being a busy mum meant she never had a chance to be nervous before marathons.

“When my two boys, Tristan and Brendan, were young they would get sick of waiting near the finish line for mum to finish a race,” Reddan recalled.

“So we used get them babysat. I remember being late for one race because Brendan was adamant he had to have a certain toy at the babysitter’s. Of course it took us ages to find the toy, rush to the babysitter’s place and then I had to literally run to the toilet at the event and then run to the start line.

“So no, I never had a chance to get nervous!”

Reddan said the overriding recollection of her glory time through marathons on the Gold Coast in the 1980s is of ‘excitement’.

“The atmosphere around the event was just so exciting,” she said.

“It is nice sometimes to just sit back and reflect.

“The support from everyone, especially the running community was amazing. And it is lovely when someone would come up to me years later and say: ‘I remember you running in the marathon’.”

Reddan offers simple advice to elite runners right through to first timers ahead of this year’s event.

“Pace yourself, don’t go out too hard. And, hydrate – have lots of water.”