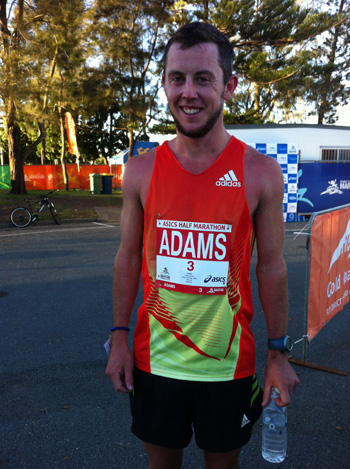 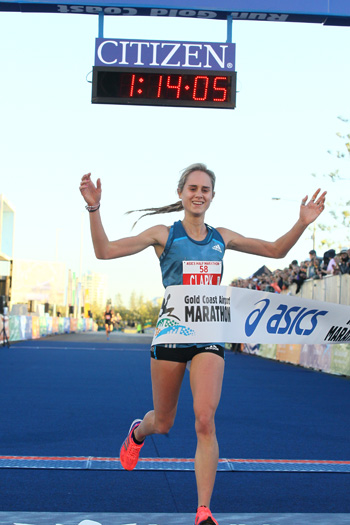 Milly Clark has high hopes of taking out the IAAF Oceania Area Marathon Championship as the top seeded Oceania female. 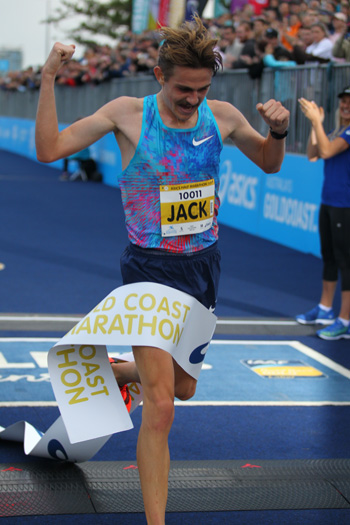 Jack Rayner will be back in 2019 to defend his ASICS Half Marathon title.

This week Adams was working atop an icy shed roof in two degrees in Melbourne, so the lure of a sunny Gold Coast is strong. Even stronger is his desire to utilise the fact that the Gold Coast Marathon, on Sunday 7 July, is also host of the IAAF Oceania Area Marathon Championships, which has its own added bonus.

This year these championships offer elite athletes based in the region the ideal opportunity to boost their performance score to enhance their chances of earning a place on the Tokyo Olympic marathon start line.

“That was one of the main reasons why I originally decided to come to the Gold Coast – the new points system as an Oceania Championships race gives you good points,” Adams said.

“Tokyo is most definitely my focus and I see the Gold Coast as the race where I will try to qualify.”

The Gold Coast Marathon has doubled as the Oceania Championship race since 2008 and is locked in to that format through to at least next year.

The ASICS Half Marathon also comes under the same championship banner.

The Tokyo factor and the Oceania Championship appeal have resulted in a powerful regional turnout for the marathon.

“There are a lot of Australian and New Zealand runners who are trying to make the Olympics through this race,” Adams said.

“The automatic qualifier is 2:11:30 (for men). There are a couple of Australians who have already run under that time so I am coming to the Gold Coast to chase a fast time.

Adams loves running on the Gold Coast. Although this will be his first Gold Coast Marathon, he has a first and two seconds in the ASICS Half Marathon and was fifth in the Gold Coast Commonwealth Games Marathon last year.

Robertson and his twin brother Jake moved to Kenya at age 17 to immerse themselves in the culture that produces the world’s best distance runners.

Now, aged 29, Zane is aiming to complete his first marathon … and win.

In the women’s marathon, Aussie Milly Clark (PB 2:29:07) is on a similar path as Adams, hoping to not only finish on top of the Oceania podium, but to also book her ticket to Tokyo.

Clark, first Australian woman home in the Rio 2016 Olympic marathon, is the top-seeded Oceania female in the race ahead of the Sunshine Coast’s Melanie Panayiotou (PB 2:34:35), who finished eighth in the Glasgow 2014 Commonwealth Games marathon, followed by New Zealand’s Lydia O’Donnell (PB 2:39:01) and Marnie Ponton (PB 2:40:32), New South Wales, also in the hunt for an Oceania podium finish.

The race for Oceania glory in the ASICS Half Marathon is just as tight.

Aussie Jack Rayner has already run a Tokyo Olympics marathon qualifier and is back on the Gold Coast to defend his ASICS Half Marathon title. A trio of fellow-Aussies – Joel Tobin-White, Michael Roeger and Andrew Buchanan are likely to be in the Oceania medal hunt.

In the women’s ASICS Half Marathon, Australians Sinead Diver and Ellie Pashley have already posted Olympic marathon qualifiers this year and are likely to race for overall and Oceania honours with three-time race winner and race record holder Lisa Weightman.

The Gold Coast Marathon is the first in Australia to hold an IAAF Road Race Gold Label and is expecting 28,000 participants in eight races on Saturday 6 and Sunday 7 July.