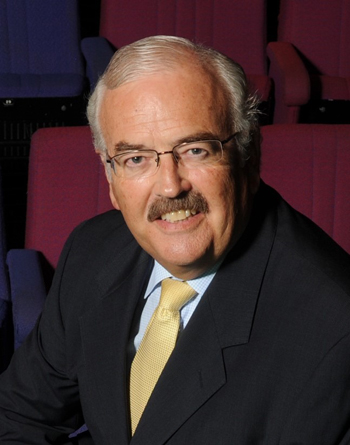 End of an era: EMQ Chairman, Kerry Watson has led the success of the Gold Coast Marathon and Pan Pacific Masters Games for the past 21 years

The chair of Gold Coast-based company Events Management Queensland (EMQ), Kerry Watson, has announced this year’s Gold Coast Marathon will be his final in the role.

Mr Watson has led EMQ – a wholly-owned subsidiary of Tourism and Events Queensland (TEQ) – since 1998 and has overseen the global success of the Gold Coast Marathon and the Pan Pacific Masters Games, with the two events last year pumping $53m into the Gold Coast economy.

TEQ chief executive officer Leanne Coddington said Mr Watson’s leadership had been a key factor in the success of the two events.

“Kerry has ensured the Gold Coast Marathon has grown to become one of the world’s premier road races while last year’s Pan Pacs were the Gold Coast’s biggest yet,” she said.

“Just last month it was announced this year’s Gold Coast Marathon course would be changed to allow for extra runners to compete following unprecedented interest in the event which has seen the capacity of the event’s marquee race, the 42.195km marathon grow from 6500 to 8000.

“Kerry’s leadership has been instrumental in these achievements and his vision for both these events has been a driving force in them becoming what they are today.

‘We wish Kerry all the very best in his other ventures and thank him for his decades-long services to EMQ and the Gold Coast.”

Mr Watson said it had been a privilege to lead EMQ.

“There are so many fond memories of my tenure, but obviously the biggest reward is seeing the growth and the stature of these two amazing events which are now completely at home on the world stage,” he said.

“The Gold Coast is my home and I’m proud to have played a role in promoting everything good about our city through two events which truly show what it means to live, work and play here.

“The future of these events is in very safe hands with the EMQ Board and I look forward to seeing what great results they achieve in future years.”

Mr Watson is the Managing Director of tourism consultancy company Pacific Global Corporation Pty Ltd and has previously been Chair of the Australian Tourism Export Council and Chair of the Gold Coast Arts Centre.

He is also Chair of the Gold Coast Eisteddfod, a member of the Australian Institute of Company Directors and in 2011 was awarded Honorary Life Membership of Gold Coast Tourism, was named Gold Coast Citizen of the year in 2011 and received the Keys to the City.

“In the 1990s Kerry facilitated the boom in international runners coming to the event by leading the charge to secure Japan Airlines as the naming rights partner and thousands of Japanese runners to the event, and then in the early 2000s he brought Gold Coast Airport to the table as the naming rights sponsor in one of the longest major event partnerships in Australia,” he said.

“Kerry’s focus has always been on quality of delivery and through his stewardship, we have been able to build overall entries in the Gold Coast Marathon from less than 8000 runners in the early 2000s to more than 27,000 in 2018.

“During the same period the Pan Pacific Masters Games has prospered to become the largest biennial Masters Games in the world, attracting 16,000 entrants from 40 countries to the 2018 edition.”