Thousands of runners enjoyed the buzz at the Southern Cross University 10km Run, one of eight races featured on the program, at the 40th edition Gold Coast Marathon on Saturday 30 June and Sunday 1 July, 2018.

Participants of all shapes and sizes took on the personal challenge of crossing the Southport Bridge before thriving in the visual delight of the sunrise over the broadwater before hearing the roar of the packed grandstands in the infamous finish chute en route to the finish line.

As well as providing a goal for recreational runners, families and friends, the event staged some fantastic performances by elite athletes. 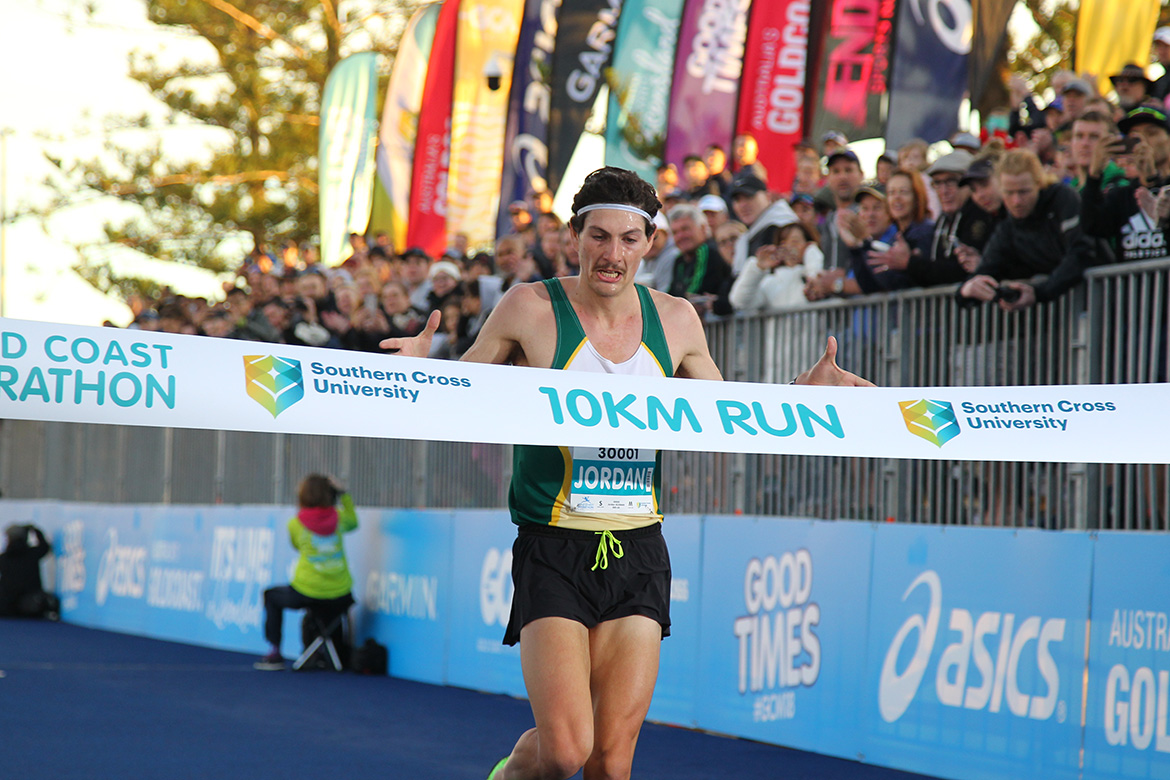 Gusman, 24, put a gap on his rivals in the opening kilometre and powered away to win his first outing in the event in 28:42, eclipsing the previous record held by Commonwealth Games star Michael Shelley by 11 seconds.

The time was just outside his personal best (PB) of 28:39 but under the race record that the Gusman predicted was going to be broken.

Legendary Australian distance coach Dick Telford has both Gusman and Shelley in his stable adding friendly rivalry to the race record pursuit.

In a great battle for the minor placings, Andy Buchanan (AUS/VIC) finished strongly in the final few kilometres to claim second in 29:23 ahead of Adrian Potter (AUS/SA) in third in 29:57. 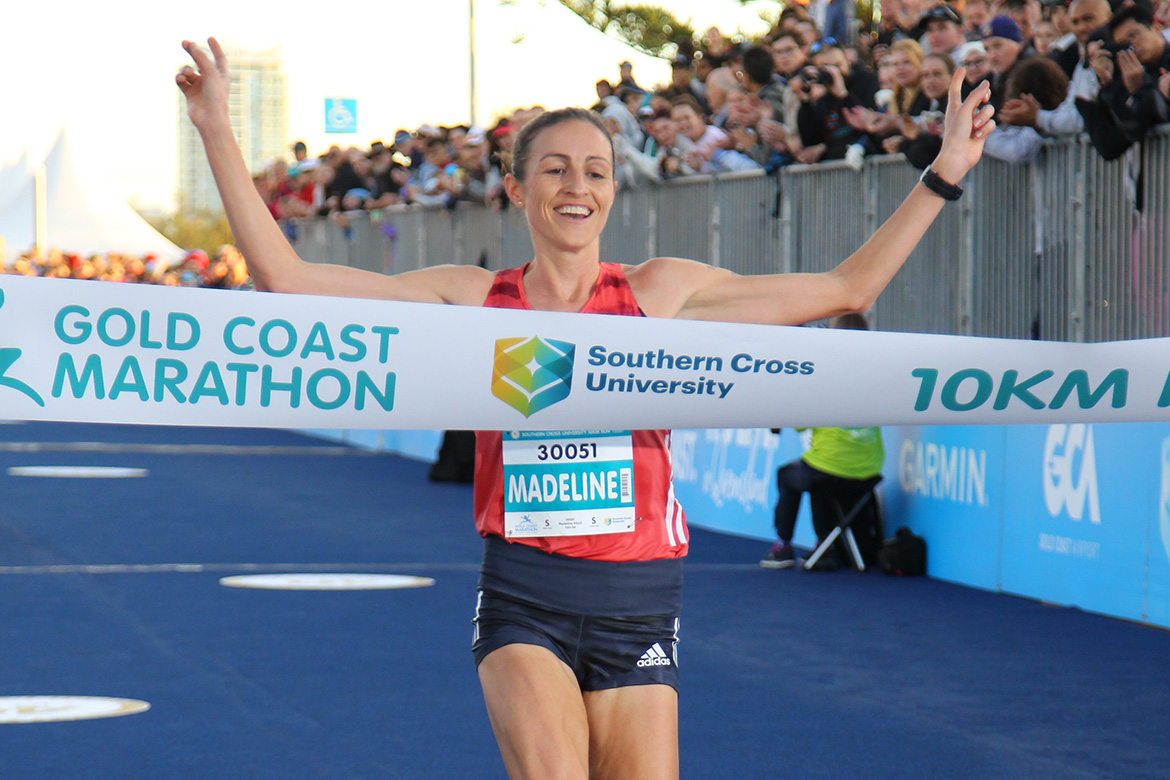 Commonwealth Games 10,000m finalist Madeline Hills (AUS/VIC) showcased her qualities on the road with a dominant victory in the women’s 10km race in 32:35, 18 seconds outside the race record and 14 seconds from her road PB.

Fresh from a break after the Commonwealth Games, Hills clocked a time that has only been bettered at the event by one other athlete, record holder Lisa Jane Weightman (32:17) in 2012.

Hills applied unusual race tactics by running a hard first 5km, stopping for a break for a few seconds and then resuming the final 5km.

On a beautiful morning for running on the Gold Coast, the Queensland 10km Distance Running Championships were won by Glen Yarham (Ipswich Athletics Club) in 31:07 and Samantha Phillips (University of Queensland) in 35:08.

Southern Cross University would like to hear from you

The university’s academic team and allied health experts will utilise this information to prepare a scheduled series of pieces of event-specific advice for runners looking to participate again next year.

Please assist the university by completing a short survey of 13 questions which should take less than 10 minutes to complete.