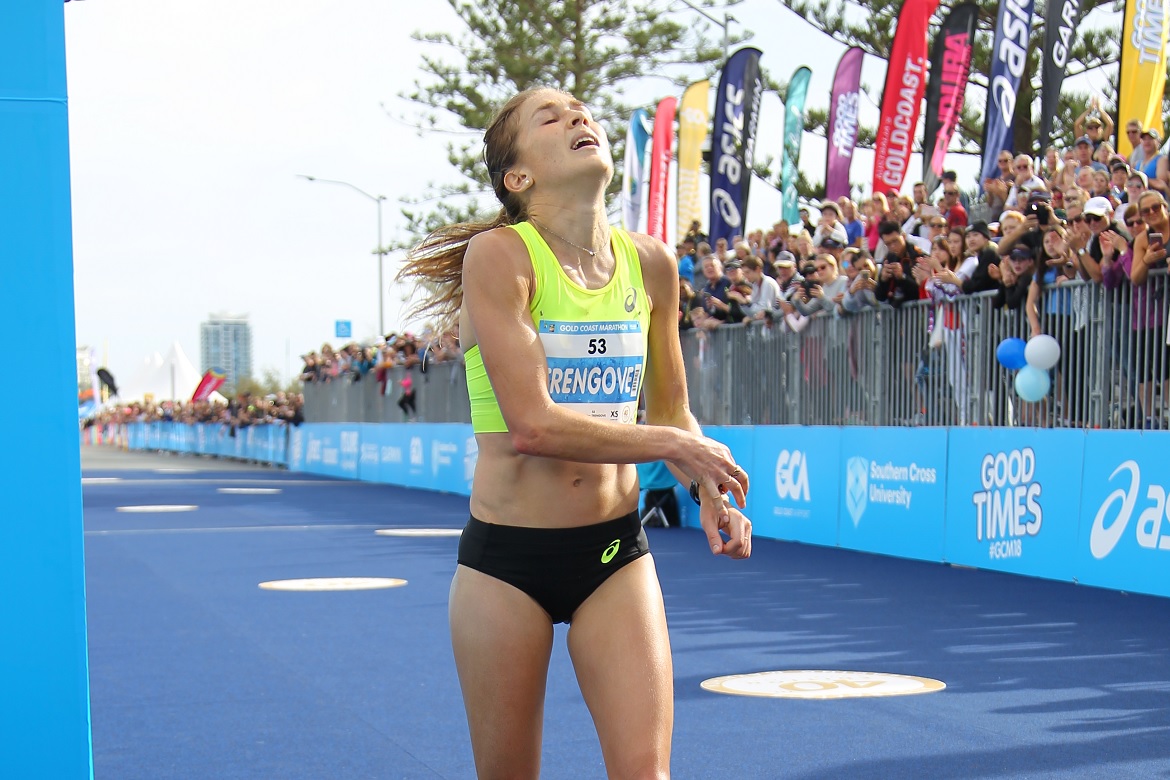 The Gold Coast Marathon has sustained its reputation as the top breeding ground for fast running with several Australian athletes celebrating the event’s 40th anniversary with impressive performances.

South Australian Jessica Trengove’s second place and 2:26:31 personal best in the women’s marathon on Sunday 1 July was the standout Australian performance as she claimed a special monetary incentive plus the IAAF Oceania Area Marathon Championship title.

For the 40th edition, race organisers offered a $40,000 prize pool for Australian athletes who ran sub 2:28 for women and 2:10 for men. As the only Australian to go under those marks, Trengove was awarded the entire cheque and an additional $8,000 for her runner up finish.

To top it off, Trengove, who won bronze in the marathon at the recent Commonwealth Games on the Gold Coast, said she would contribute some of her prize money to charities close to her heart.

Fellow Australian Commonwealth Games representative Celia Sullohern, who had a breakthrough marathon performance on the same course last year, was on track for a personal best time (2:29:27) however struggled to hang on in the final few kilometres finishing fifth in 2:30:19.

In the men’s race, Jack Colreavy, who shares the same coach as Trengove, wiped 44 seconds off his personal best to claim 14th place in 2:17:48 and be crowned the IAAF Oceania Area Marathon champion. It’s the 29-year-old Sydneysider’s second PB on the Gold Coast after he took two minutes and 19 seconds off his half marathon best last year (1:04:57). 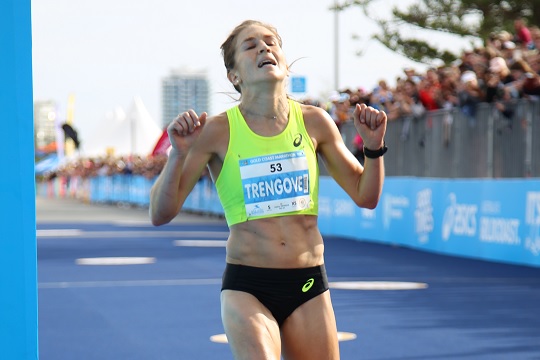 South Australia’s Jessica Trengove claimed the $40,000 Australian incentive prize on offer for running under 2:28 in the marathon 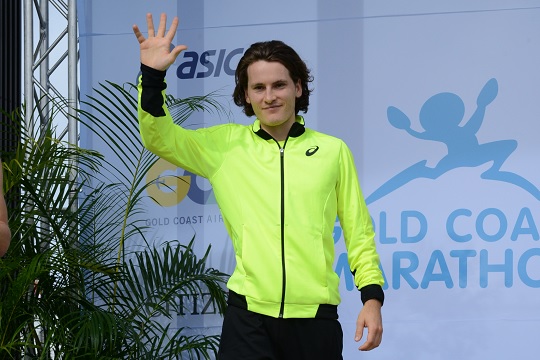 Australian para athletics star Madison de Rozario notched another victory on the Gold Coast taking out the women’s Wheelchair Marathon. After winning two gold medals in April’s Commonwealth Games, the 24-year-old returned to the scene of her marathon victory with a dominant display of wheelchair racing.

De Rozario won in 1:48:21, the second fastest time ever recorded at the event and finished clear of second placegetter Eliza Ault-Connell who clocked 1:51:22. In a repeat of recent history, de Rozario and Ault Connell were first and second in the Commonwealth Games, although only 13 seconds separated them on that occasion.

Earlier in the day, 22-year-old Jack Rayner added his name to an illustrious list of Australian winners of the ASICS Half Marathon with a breakthrough performance. The Victorian broke away from Kenyan William Chebor, the 2009 Gold Coast Marathon winner, with one kilometre to go and took more than six minutes off his personal best, recorded on the Gold Coast in 2014, to stop the clock at 1:03:12. 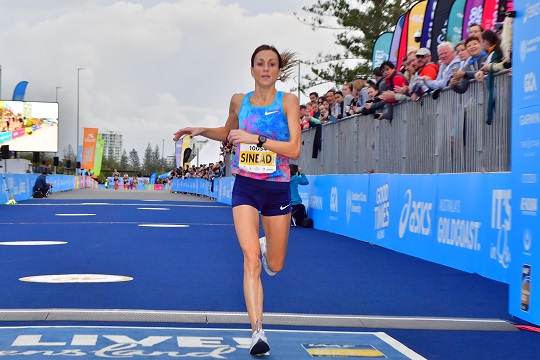 41-year-old Sinead Diver improved her half marathon personal best and crossed the line in 1:09:53 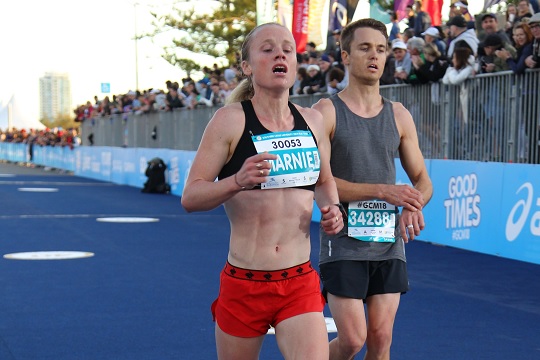 41-year-old Diver, who finished behind back-to-back winner Sara Hall (USA) in 1:09:53, improved her half marathon personal best of 1:11:40, recorded at the World Championships in Valencia earlier this year, by one minute and 47 seconds and was named the IAAF Oceania Area Half Marathon champion. Her run was the fifth fastest by a woman on Australian soil.

Pashley also enjoyed the fast conditions and improved her personal best time with a fifth place 1:10:57.

Jordan Gusman, 24, put a gap on his rivals in the opening kilometre and powered away to break an eight-year-old race record by 11 seconds, previously held by Michael Shelley, to win the men’s 10km race in 28:42. The time was just outside his personal best of 28:39 but under the race record that Gusman predicted was going to be broken.