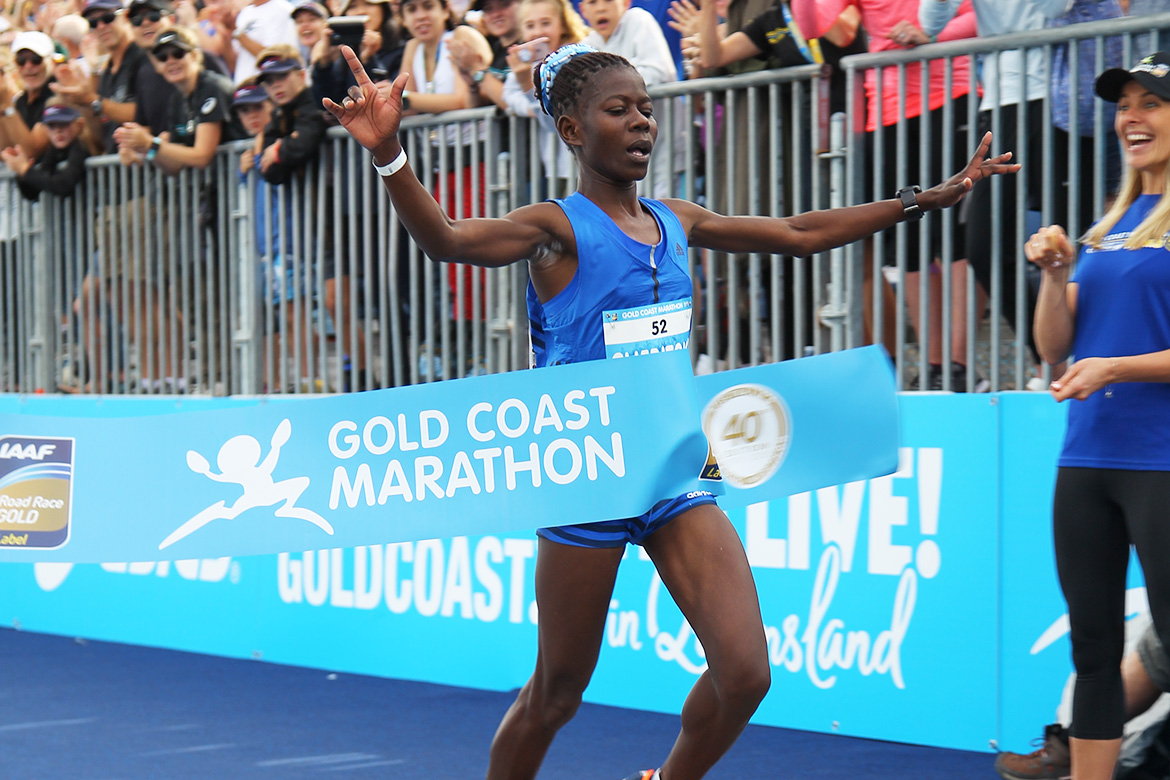 Kenya’s Ruth Chebitok set a race record and the fourth fastest time ever recorded in Australia with her win in the 40th edition Gold Coast Marathon, an IAAF Gold Label Road Race.

Creating just as much excitement was second place for Aussie Jessica Trengove who improved her personal best (PB) to 2:26:31 and claimed a special incentive for Australian athletes to run sub 2:28.

As the only Australian to go under those marks this morning, Trengove (SA) was awarded the AUD $40,000 and an additional AUD $8,000 for her runner up finish.

Trengove said post-race that she would contribute some of her incentive money to charities close to her heart.

It has been a great year for Trengove, 30, with a bronze medal in the marathon at the Commonwealth Games, a second-place finish in the Gold Coast Marathon in a PB and then crowned the IAAF Oceania Marathon champion with her performance as the leading athlete from Oceania.

Top seed for the race Agness Barsosio from Kenya finished in third position clocking 2:27:46 after losing touch with her Kenyan compatriot with about 10km to go.