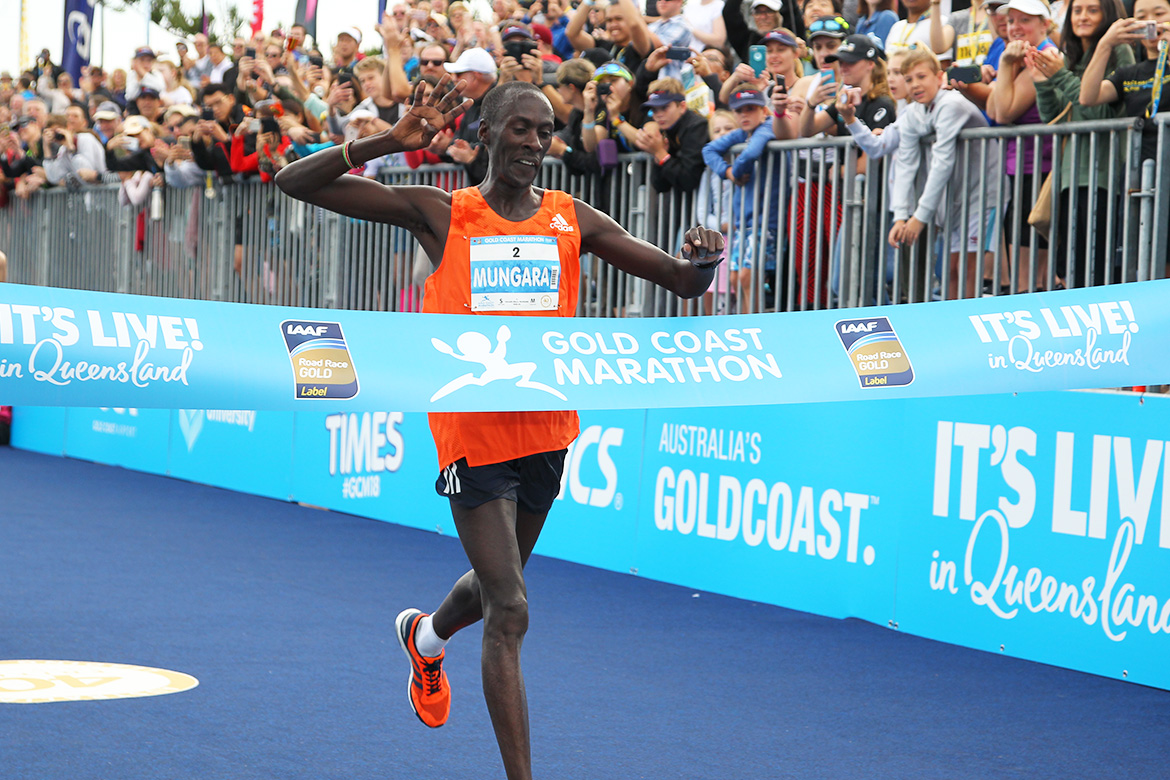 Exciting the grandstand crowd at the finish, Murayama made a late sprint to close the gap on an unfazed Mungara and only miss by one second.

Only Australian Pat Carroll has more victories in the men’s Gold Coast Marathon with four.

In the race for the IAAF Oceania Marathon Championships, Australian Jack Colreavy (2:17:48) was the first athlete from Oceania across the line and 14th overall.