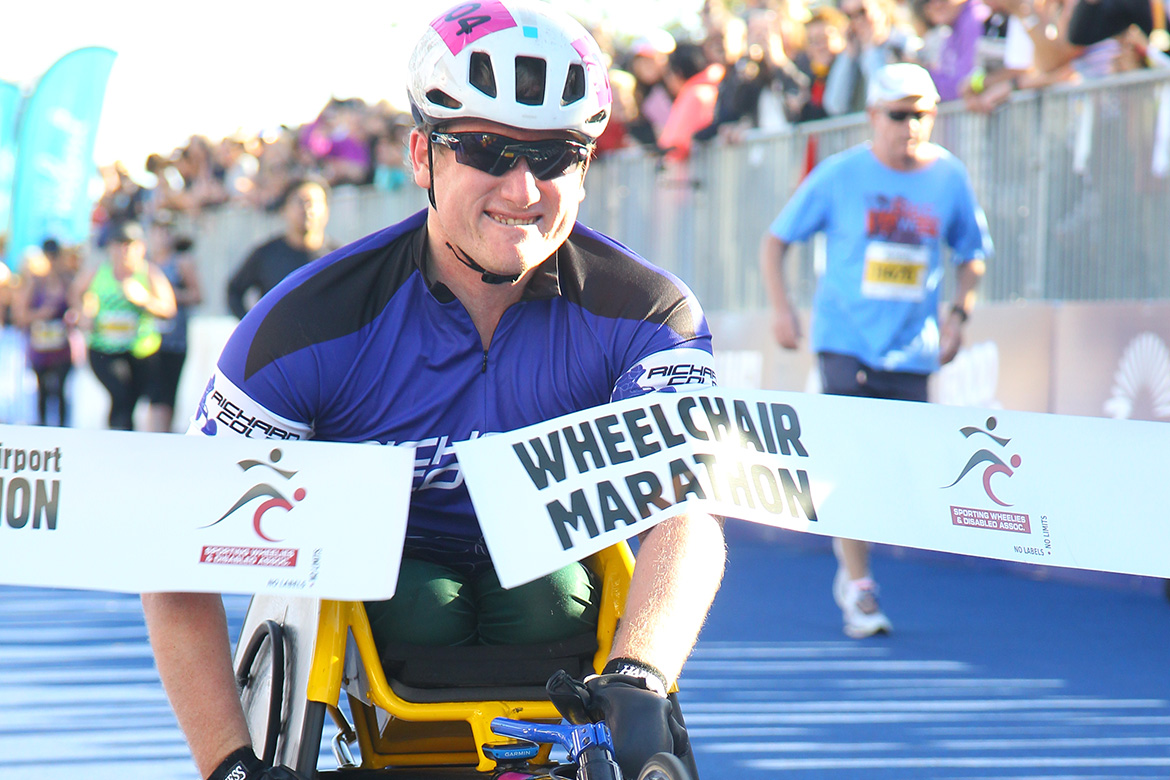 The four-time Paralympian and New Delhi 2010 Commonwealth Games representative was too strong for the rest of the eight-man field, taking his first Gold Coast Airport Marathon win in 1:46:15 ahead of fellow Aussie Richard Nicholson (1:47:06) and Colman protégé Campbell Message (1:59:11).

Colman, who hadn’t competed in a marathon for two years, said it was not easy-going for the field.

“The first 10 and15 kilometres I thought, ‘why is this hurting so much?’, and then, all of a sudden at about 28 kilometres, I thought, ‘I’m feeling good’.

“I pushed the pace for the next five to 10 kilometres after that.

“At about the 38-kilometre mark there is a little bridge and that’s where I got away from him [Richard Nicholson, 2nd place] and that’s when he was, ‘I’m done’.”

Nicholson rued one aspect of his race preparation.

“I could have not gone to my brother’s wedding in Vancouver two weeks ago,” he laughed. “I had three weeks off.

“Anyway it is what it is and I just had a good day,” he said.

Message was slightly taken aback by his marathon debut.

“This is my first ever marathon, so I didn’t know what to expect and the pain just kept getting worse, but it was awesome because everyone was cheering. It was an incredible experience,” he said.

Tait clocked 2 hours 35 minutes and 24 seconds despite being hampered by a medical condition. 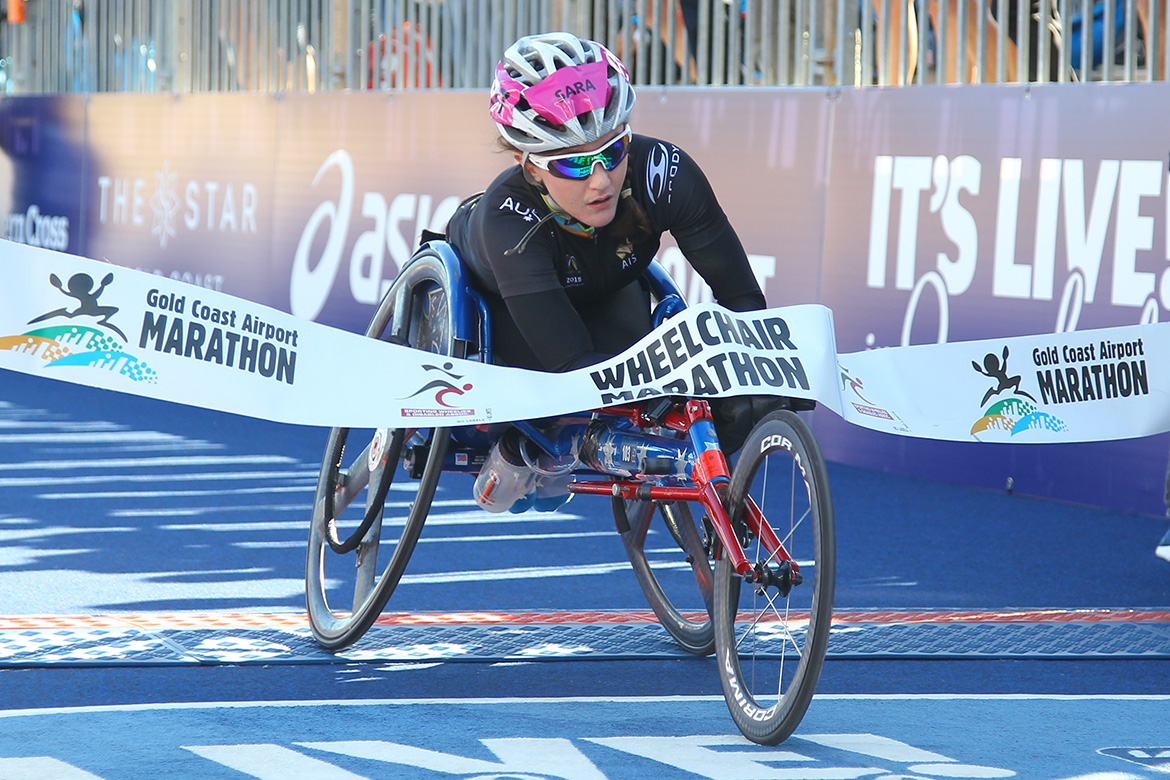 On whether he achieved want he wanted:

“It was pretty hard, but we were looking at the time and at each timing point we knew what we needed to do to get to the time we wanted.

“We are pretty happy with today’s performances and it’s my first marathon in two years, so I’m back in it.

“It’s tough but I’m enjoying it, and it’s such wonderful weather – this is just amazing.”

On what he hopes to do next:

“Thinking about [the] Chicago [marathon] in October.

“I’m trying to qualify to get selected for the [Gold Coast 2018] Commonwealth Games. I missed out on the Sydney [2000] Paralympics, so I’ve never had a home Games in my career.

“I’ve been hanging out, ever since it got announced seven years ago.”

“The last five kilometres hurt a lot. My preparation wasn’t as good as it could have been. I got here, so that’s all that matters.”

On what he set out to achieve in this race:

“I try to win every race I start, but I just wasn’t well prepared enough and over the last five kilometres I couldn’t go with Rich.

“Up until 35 kilometres I thought I was well in it and then that bear jumped on my back and that was that basically.”

On his race plan:

“It was to just stick with Rich and see what would happen in the last few kilometres and, yeah, he was too good.”

On whether he will return to the Gold Coast Airport Marathon:

“I think I’ve been here nearly every year since 2003 in the half, or with a full marathon. So I don’t know; I think I’ve probably done my laps around this course, but we’ll see how we go.”

On how the race unfolded:

“I was thinking I’ll just get to the halfway mark then I’ll start setting myself little challenges.

“I think I got to about 26 kilometres when I started to get a bit emotional. I was thinking, ‘who can I do this for?’. I was thinking about my kids, so that pulled me through for a bit longer.

“Then I started to think, ‘I want to beat some people as well’. Then about the 38 kilometre mark it really started hurting so I had to just find a rhythm. But the bridge over Southport was a killer.”

On what his goal had been:

“Richard Colman [men’s first place] is my coach so he trains us up and I’m using one of his chairs so I want to thank him for the whole thing.”

On what was most rewarding in the Wheelchair Marathon:

“I’ve competed in wheelchair basketball for years so it’s nice to go to a different sport, and the Gold Coast Airport Marathon has been so welcoming to the wheelchairs and it’s just been a breeze being a part of it and, you know, you get a bit of respect being a part of it.”

On the Gold Coast:

“I was hoping I’d see some more of it but I think I was sweating too much, but from what I did see it’s gorgeous.”

On whether he will return:

“About the 10km mark I could see that she was struggling and probably wasn’t going to be at her best today. Last year she hit that spot hammering along.

“[It’s] only her second marathon. This is not her sport, she is a para-triathlete. She likes to do this race as it is her home race.”