Local wheelie on the road to GC2018 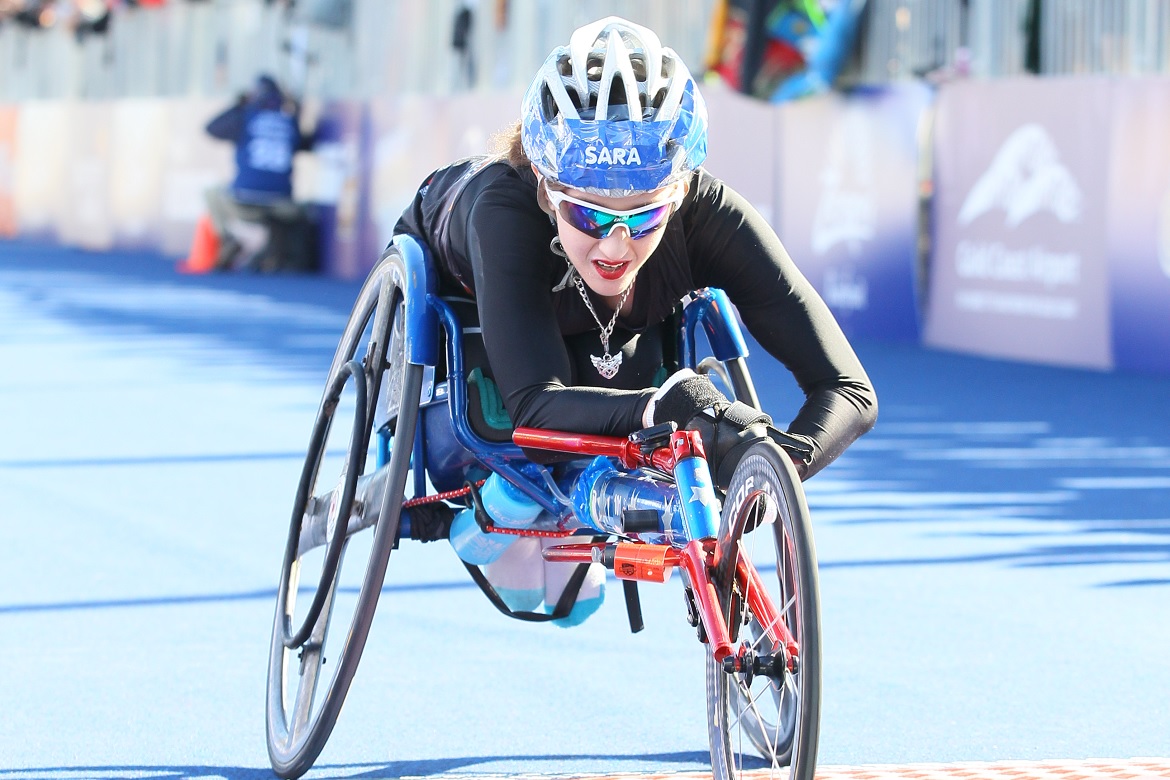 The wheelchair marathon at this year’s Gold Coast Airport Marathon is set to captivate with a line-up of new and returning competitors including rising star and Gold Coast local Sara Tait.

At only 19 years of age Sara has predominantly been competing as a paratriathlete and is the current PT1 open world champion for both the triathlon and duathlon.

Sara will change tact to contest the Gold Coast Airport Marathon, having adapted her training with daily race chair practice and long distance road sessions, in addition to her typical paratriathlon sessions.

“Although my primary sport is paratriathlon, I have a not-so-secret ambition to be a successful and competitive wheelchair marathoner,” Sara said.

“Apart from being fantastic cross training for my paratriathlon in the offseason, I also want to challenge myself to post a competitive time in the wheelchair marathon this year.”

Last year was Sara’s first attempt at the full 42.195km Gold Coast Airport Marathon after building up to the distance by participating in the Wheelchair 15km every year since 2013.

During that time she managed three first place finishes and improved her time to 47:22 which remains the current women’s course record.

She showcased her potential in the marathon with a gallant third in 2:20:15 behind Australian Paralympian Christie Dawes who set a new race record of 1:43:45 in victory.

Now with her eyes set firmly on the upcoming Gold Coast 2018 Commonwealth Games, Sara believes that the Gold Coast Airport Marathon is the perfect training ground to push herself in preparation for the event.

“It’s going to be tough to get there but I am working on improving my mental and physical strength and increasing my consistency when competing at the highest level,” she said.

The 39th annual Gold Coast Airport Marathon will be held on Saturday 1 and Sunday 2 July.