Home / Thousands from around the world to celebrate marathon milestone

Thousands from around the world to celebrate marathon milestone

Entries for the 40th Gold Coast Marathon opened this morning with more than 25,000 participants from over 50 countries expected to celebrate the event’s milestone on 30 June – 1 July 2018.

Events Management Queensland CEO Cameron Hart said the event’s 40th edition combined with the legacy of the Gold Coast 2018 Commonwealth Games and the growing interest from global markets would result in another record-breaking year for the internationally accredited Gold Label Road Race.

“The Gold Coast Marathon has passed the test of time and established itself as one of the most prestigious marathons in the world since its humble beginning in 1979,” Mr. Hart said.

“The race was started to benefit the Gold Coast community and 40 years later continues to do so as the largest participation sports event in the city,” he added. “The wellbeing and economic benefits the event delivers are staggering.”

“Reaching our 40th anniversary in our fifth year as an International Association of Athletic Federations Gold Label race reaffirms our position as one of the nation’s most iconic attractions and we’re excited to welcome tens of thousands of participants from overseas, interstate and Queensland to celebrate the occasion.

“There’s a real buzz on the Gold Coast in the lead up to 2018 and we know there will be plenty of runners eager to experience our world famous flat, fast and scenic course after witnessing the Commonwealth Games marathon event in April.” 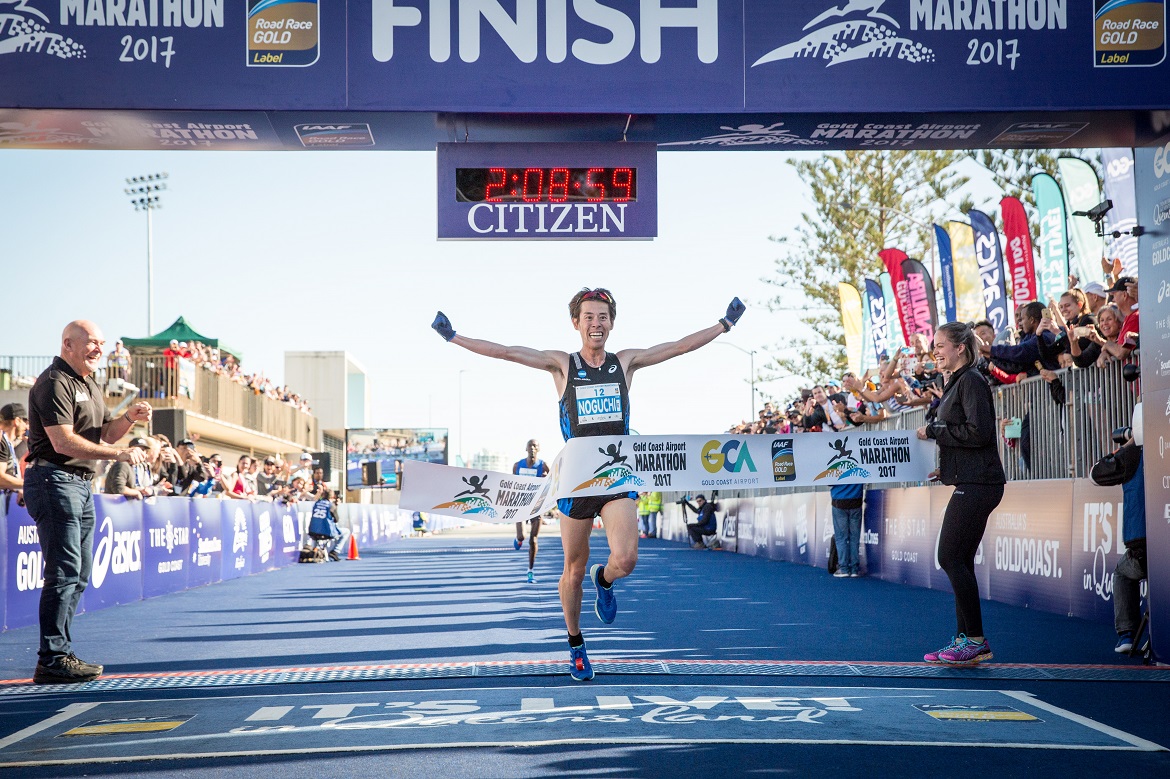 “The Gold Coast Marathon is an internationally-recognised event which provides participants of all ages and abilities a fantastic experience in one of the world’s most popular holiday destinations,” Ms. Coddington said.

“For the past 39 years it has attracted international and interstate participants and spectators to the Gold Coast and generated significant tourism outcomes for the state.

“The 40th edition will be a unique opportunity to celebrate the event’s longevity.”